James Charles Williams was born in 1844 in Canada.

James’s father was born in England and his mother in Wales.

He was reportedly 21 years old and possibly living in Kent County, Michigan, when he enlisted with his parent’s consent (thus placing him younger than 21) in Company A on May 13, 1861. (Company A was made up largely of men from Grand Rapids, and many of whom had served in various local militia units before the war, specifically the Valley City Guards, or VCG, under the command of Captain Samuel Judd, who would also command Company A.) By early September he was reported as a patient suffering from slight sickness in Carver hospital in Washington, DC. James allegedly deserted on September 29, 1862, but he was in fact discharged on September 29 at Carver hospital, Washington, DC, presumably for disability. (The charge of desertion was removed in 1898.)

It is not known if James returned to Michigan after his discharge. He was apparently residing in New York when he reentered the service as Sergeant in One hundred seventy-sixth New York infantry on December 2, 1862, at Syracuse for 9 months, and was mustered on December 22 at New York City. He was present for duty when he was discharged by Special Order no. 224 (September 8, 1863) from the headquarters Department of the Gulf, New Orleans. Colonel George H. Hanks, commanding Superintendent of Negro Labor, requested that Williams be discharged as “His services will be needed on a government plantation and can be secured provided his discharge is granted.” In fact he had been on detached service working on a government plantation in July and August. The discharge was approved.

It is not known if James ever returned to western Michigan.

James died on July 9, 1923, in Warren, Pennsylvania, and was buried in Erie Cemetery, Erie County, Pennsylvania. 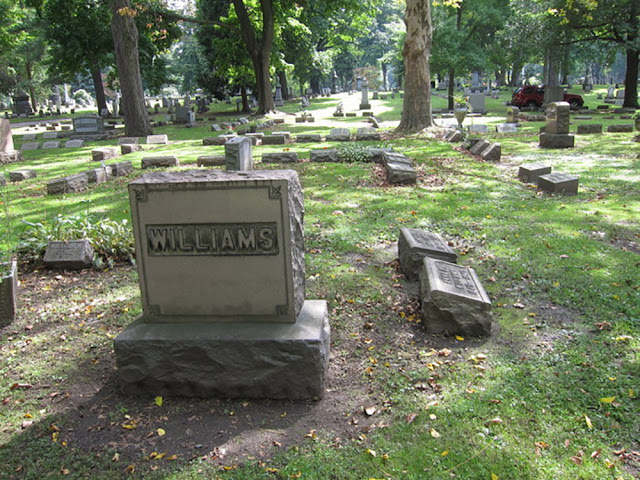