Edward C. Wheelock was born in 1840 in Calhoun County, Michigan.

By 1850 Edward was attending school and living with a wealthy farmer named George White and his wife Jane and their daughter Ida family in Eckford, Calhoun County. In 1860 Edward was working as an apprentice wood-turner living in Allegan, Allegan County; he lived near John Champion, who would also join Company F.

Edward stood 5’7” with brown eyes, black hair and a light complexion and was 21 years old and probably still living in Allegan County when he enlisted in Company F on May 13, 1861. According to George Bailey, another Allegan boy who would also enlist in Company F, on June 12, 1861, the day before the Regiment was scheduled to leave Grand Rapids for Washington, Edward and Alonzo C. Hill (“Big Bub” as Bailey called him) were brought to Grand Rapids “by Andrew Oliver for the purpose of enlisting (with us), both of whom experienced some trouble then and later, by not having been properly mustered.

They were, however, accepted by the captains of Co. F (Ed.) and Co. I (Bub) and were mustered by a justice of the peace, which was later confirmed, and they were properly mustered at Washington DC.” (Company F was commanded by Captain John Dennis of Grand Rapids and Company I was led by Captain George Weatherwax of Georgetown, Ottawa County.) Edward was reported as a bugler in July of 1862, and as Brigade bugler from August through July of 1863. He was awarded the Kearny Cross for his participation in the battle of Chancellorsville, Virginia, on May 3, 1863.

George Bailey, who was a good friend of Edward’s, wrote in his diary on September 19, 1863, that “Ed Wheelock and myself went to our train and found a box that had been expressed to us from home. It had been broken into by the quartermaster and all the wine except one bottle taken out and all the cake eaten.” Edward reenlisted on December 24, 1863, at Brandy Station, Virginia, crediting Oakfield, Kent County, was presumably absent on veteran’s furlough in January of 1864 and probably returned to the regiment on or about the first of February.

On April 26, 1864, George Bailey, who was then Hospital Steward, noted in his diary that Edward had been taken to the hospital sick, and on April 30, “All our sick were sent to Washington this morning. Ed. C. Wheelock being one of them.” Edward was still absent sick when he was transferred to Company F, 5th Michigan Infantry upon consolidation of the 3rd and 5th Michigan Regiments on June 10, 1864, and he remained absent sick through December of 1864.

It is unclear from the record whether Edward ever rejoined the regiment again. In any case, on May 22, 1865 he was transferred to the non-commissioned staff as Principal Musician, near Washington, DC, and was mustered out on July 5, 1865, at Jeffersonville, Indiana.

After the war Edward returned to Michigan.

In 1870 Edward was keeping a saloon and living with his wife and two sons in Allegan. He was still living in Allegan in 1874, and indeed he probably spent the rest of his life in the Allegan area. Edward was possibly a member of the Old 3rd Michigan Infantry Association. In 1874 he applied for and received a pension (no. 280517).

Edward became seriously ill about 1874 and never recovered. He died in Allegan on November 10, 1876, and was buried in Oakwood cemetery, Allegan: lot 75-3.

During the Old 3rd Michigan Infantry Association reunion of 1876 Association Secretary Silas K. Pierce read a “letter from the wife of the late Edward C. Wheelock, of Allegan, a former member of the Regiment,” which said “that Mr. Wheelock had died after an illness lasting two years and seven months. Mrs. Wheelock asked the cooperation of the Association in obtaining for her a pension from the Government.” 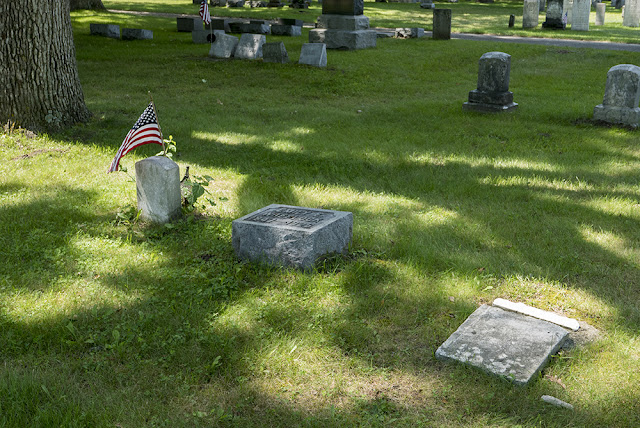 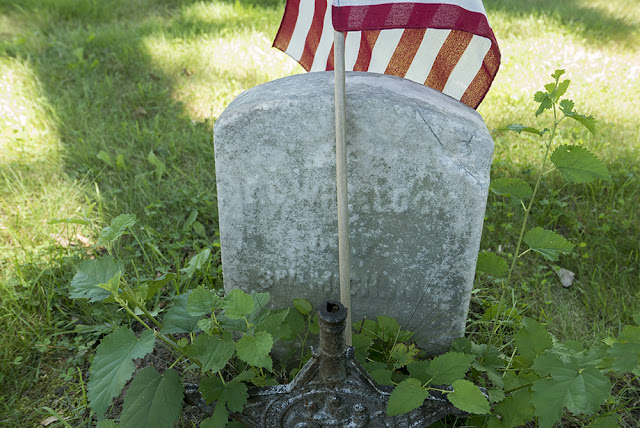