Hiram King of the 5th Michigan Infantry, Alvin King of the 6th Michigan Cavalry and Myron King of the 3rd Michigan Infantry. Myron's stone is facing his two brothers and set back nearly out of the cemetery into the undergrowth, even though it's a relatively new stone. When I photographed this nearly a quarter f a century ago it was a very weather stone roughly in line with the other two King brothers.

Myron murdered his wife and then shot and killed himself. 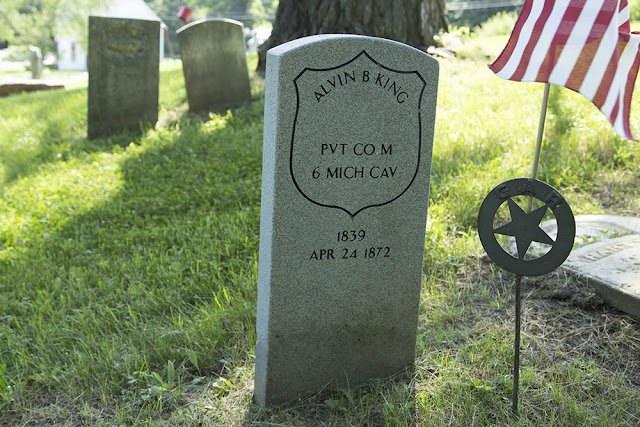 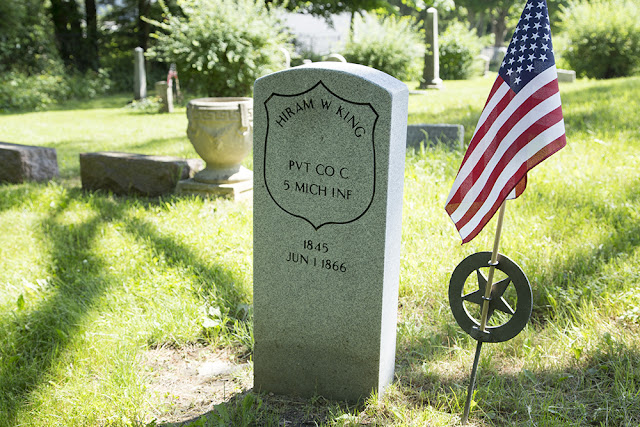 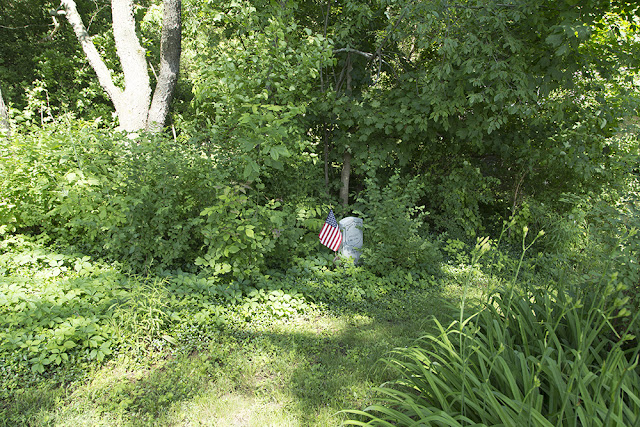 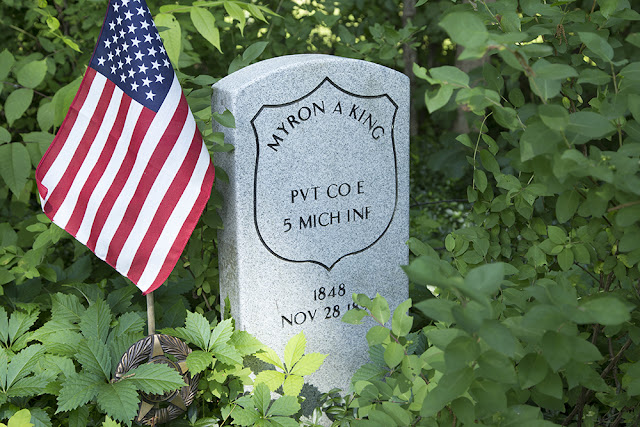 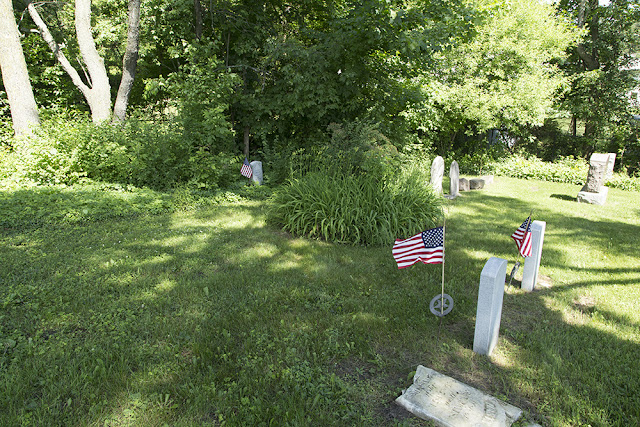