On the face of it, this looks pretty straight forward: two men, probbaly brothers (they were) who both served together in the Civl War and are buried next to each other: S. O. McLenithan of Company K and Joel Mclenithan of Company A, both of the 3rd Michigan infantry.

But then looks are deceiving in many a cemetery and most especially when the cemetery in question dates back to 1838. Lots of misplaced bodies, lost records and just missing people generally. So it may be here.

The "mystery" first came to my attention many years ago when I learned that Joel had in fact been living in Indiana for many years before he died in 1917. According to his death certificate and the review of markers Joel was buried in Sumption Prairie Cemetery, South Bend, Indiana. Simple, no? No.

A more in-depth look at the cemetery records for Fulton Street Cemetery in Grand Rapids further deepens the mystery in lot 85, division 1.

We know that next to Joel is a second government marker for "S. O. McLenithan." This was undoubtedly Stephen O. or D. McLenithan, Joel's younger brother. So far so good. There are no other family markers. We also know that the index of gravestones in the Local Historical Collections of the Grand Rapids Public Library, lists Joel and one “S. O.” of Company K 3rd Michigan” as well as their mother Mary (who died in 1857) buried in lot no. 85 in Fulton, and no other burials are noted. No marker for Mary is found today and it probably disappeared long ago.

The transcribers for the D.A.R in the late 1920s identified the graves of Joe, Mary and one "S. C. McLenithan of Company K, 3rd Michigan" but no mention is made of Samuel. By the time the cemetery records were re-transcribed in the late 1990s, all four McLenithans are listed: Joel, Mary, S. O. and now Samuel (1847-1880).

However, the cemetery burial book lists Joel, mother Mary and “Samuel” as buried in Fulton cemetery, yet there is no marker for Samuel, who died in November of 1880 (see Grand Rapids Democrat November 24, 1880, p. 4 col. 1: “Died”). Indeed, the cemetery records list Samuel’s death date as well as his birth date, but there is no mention of Stephen McLenithan. (We also know that Samuel died indigent and possibly a resident of the city or county poorhouse. If that were indeed true, then who would have paid for the interment alongside his mother and/or brother?)

In the late 1930s Francis Hall attempted to identify all the Civil War veterans buried in Kent County and he knew of the markers for both Joel and "S. O." so it's quite likely the government stones were probably already in place by then. But who ordered them? Was Joel's body returned to Grand Rapids to be buried next to his mother and brothers? If so, who would have coordinated that? Is it possible that Joel's marker was ordered and put in place as a ""memorial"? If so, again, who would have arranged for that and why? We do know that Samuel McLenithan served in the 16th Michigan Infantry during the war and he has no marker at all. . . 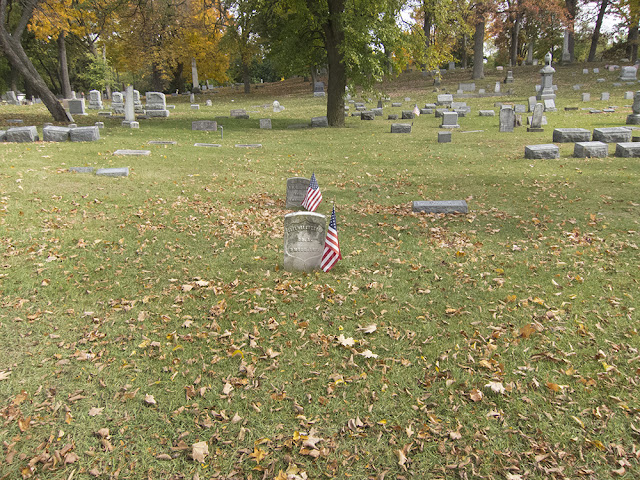 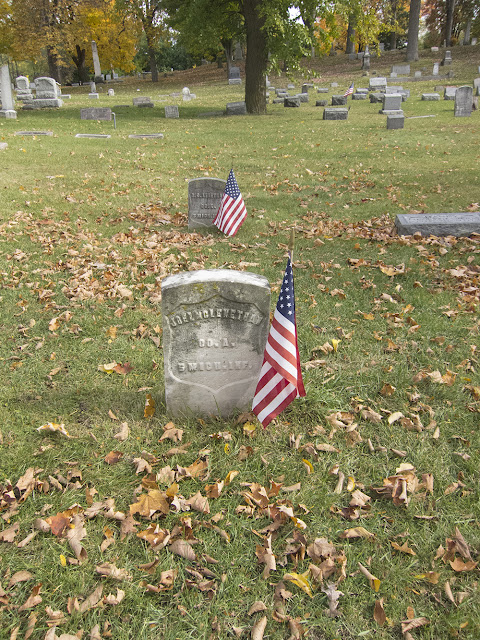