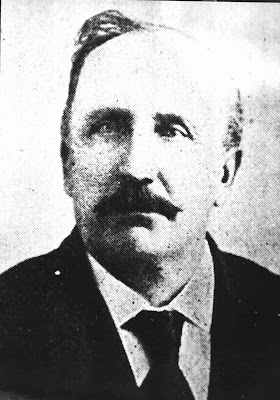 Both New York natives, Nathan and Betsey were presumably married in New York sometime before 1831 and resided in New York for some years. By 1850 Benjamin was attending shcool with his older siblings and living on the family farm in Groveland, Livingston County, New York. Benjamin left New York and headed west, possibly with his family, eventually settling in western Michigan by the time the war broke out.

He stood 5’6” with gray eyes, brown hair and a dark complexion and was 17 years old and probably working as a farmer and living in Lowell, Kent County when he enlisted as Corporal in Company C on May 13, 1861, along with William Morse who was also from Lowell (they were possibly cousins and it is possible that Benjamin was named after William’s father).

According to George Miller of Company A, who knew Benjamin before the war, soon after the Regiment arrived in Washington, Ben was stricken with measles. In late June Miller reported that Ben had just recently recovered from measles, but was presently doing well. But his illness lingered on. By the first week in August Miller wrote home that “Ben Morse is not very tough, he has not been since he had the measles.” Three days later Miller wrote that “Ben Morse has been in poor health but he is gaining now I believe. All the rest of the boys from our neighborhood are in good health.”

By October 15, Morse had fully recovered and, according to Miller “is well and looks as tough as buffalo beef.”

Early in the morning of May 12, 1864, at Spotsylvania, Virginia, Morse captured a stand of colors from the Fourth Georgia Artillery, which earned him the Congressional Medal of Honor in 1891. In her 1966 work on Michigan Civil War Medal of Honor Winners, Minnie Dubbs Millbrook wrote that “while in the line of duty and while on a charge on the rebel breastworks on the morning (3:30 a.m.) of May 12, 1864, at Spotsylvania, Virginia,” Morse “captured a rebel flag (artillery) and that said flag was turned over to the commanding officer of the Regiment and went to Washington, DC. A letter dated September 20, 1864, was discovered in the War Department naming Benjamin Morse as the captor of the flag, and he was also mentioned in a report of General Winfield S. Hancock as the captor. William Renwick of company D, same Regiment, was also named as captor of the flag in the same action, but he too was seemingly overlooked at the time, and as he never applied for a medal he did not receive one.” The medal was issued to Morse on February 24, 1891.

Harrison Carll, who was Orderly for Company C, Fifth Michigan, wrote in 1925 that in fact he and Morse captured the Colonel and the flag.

The attack was a complete surprise, and once inside their lines everything was in confusion, commands became mixed, and the excitement and enthusiasm was so great that everyone was trying to outdo the other fellow. The success was complete. Going over the works, similar to those in the Wilderness, except that they were stronger, with two tiers of logs, we found some of them asleep, others just getting up; some were eating.

A Colonel was pulling on his boots, and when the 5th’s flag struck the works a 3d Mich. boy [Morse] and myself had him collared. The flag was captured and my 3d Mich. comrade took charge of both the flag and the Colonel. 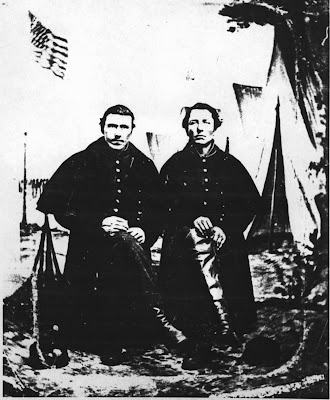 Benjamin was transferred to Company I, Fifth Michigan infantry upon consolidation of the Third and Fifth Michigan Regiments on June 10, 1864, and was reported as a Corporal and provost guard in June of 1865. He was mustered out on July 5, 1865, at Jeffersonville, Indiana

Ben was living in Lowell in 1870 working as a farm laborer and indeed lived virtually all of his postwar life in Lowell. By 1880 he was working “On fruit tress on a fruit tree nursery” and living with his wife and children in Lowell. He was still living in Lowell in December of 1895 when he became a member of the Old Third Michigan Infantry Association,

Benjamin served as president of the Soldier’s Relief Commission for Kent County for some years, was a deputy sheriff in Kent County for ten years and for over twenty years he was commander of the Grand Army of the Republic Wilson Post No. 87 in Lowell.

He died of paralysis at home in Lowell on November 24, 1908, and was buried in Oakwood cemetery, Lowell. The Lowell Ledger wrote that Morse had been

A good citizen, a kind neighbor, a devoted husband and father has gone. A brave soldier, our beloved commander has finished his service here and reported to the Supreme Commander. We look at the vacant chair and are grief stricken; our tears flow; we are encompassed by sorrow. He whom we loved and honored has passed through the valley of the shadow, nor shall we again see him until we have traveled the same pathway.

With faltering, broken voices and streaming eyes we laid him away. On his breast was the badge he honored, and over him the flag he fought for and loved. May our trust in the Great Commander teach us to say “God knoweth best, He doeth all things well.”

Comrades, we are listening to the roll call. Whitened locks and faltering steps are ours. Soon the call will be completed and the last comrade borne to the grave.

“When death comes, as come it must,
To dissolve this Union band,
It's links shall not return to dust,
They'll be joined at God's right
hand.”

Those who knew our comrade best, loved him most. No braver man ever shouldered a musket. His record as a private soldier is unsurpassed. A grateful country has recognized his bravery. His devotion to the Grand Army and this Post was known outside our ranks. May our organization, which was as ‘the apple of his eye’ be maintained as a monument to his memory and of those gone before until old age and death make it no longer possible.

To the devoted wife and family we offer our deepest sympathy. May the memory of a devoted husband, a kind father, who has left a legacy a name written high in the list of the bravest, be to them not only a guide but a benediction.

“Close his eyes; his work is done.
What to him is friend or foeman;
Rise of the moon, or set of the sun,
Hand of God, or kiss of woman.

Leave him to God's watching eye.
Trust him to the hand that made him;
Mortal love weeps idly by,
God alone has power to aid him.”

In December of 1908 his widow was still living in Michigan when she applied for and received a pension (no. 671320).

In early September of 1995 a special plaque commemorating Benjamin being awarded the Medal of Honor was place at the gravesite.
Posted by Steve Soper at 6:43 AM

This is my great great grandfather. What an amazing story for all to share.