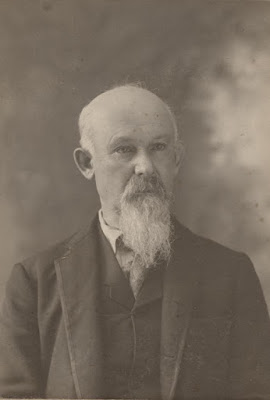 From June of 1861 until April of 1865, and including all other units in which former members of the Old 3rd Michigan served, 135 men were taken prisoner.

By far the highest number of men in the 3rd Michigan captured was 27 (nearly a quarter of them from Company K) reported for the week between May 5 and May 12, 1864, during the Wilderness-Spotsylvania campaign.

The regimental average was 10 men per company captured during the war, and the high scorer was Company C with 20. Company G suffered the lowest number of men taken prisoner (3).

Following consolidation with the 5th Michigan on June 10, 1864, some 24 former members of the 3rd Michigan were taken prisoner on October 27, 1864, at Boydton Plank road, Virginia.

(pictured above: Theodore Castor of Company C, was wounded in the leg and taken prisoner at the battle of the Wilderness on May 5, 1864.)