George Dana Hill was born in June of 1839 in Somerset, England, Michigan or Lorain, Ohio, the son of Bezabeel Hill Jr. and Mary Bryant Thayer. According to one source, George and his family left Ohio and by 1850 had settled in Vevay, Ingham County. It is also possible that he was working as a clerk in Grand Rapids, when the war broke out, He was a 22-year-old farmer possibly living in Clinton County or Ingham Co

unty when he enlisted as a Musician in Company D on May 13, 1861; he was possibly related to George H. Hill of Company E. (Company D was composed in large part of men who came from western Ionia County and Eaton County.) George D. was promoted from Musician Third Class to Principal Musician on January 1, 1862, and discharged at Camp Pitcher, Virginia, on January 17, 1863.

He returned to Michigan where he reentered the service as First Sergeant in Company I, First Michigan cavalry on October 23, 1863, at Vevay, Ingham County, for 3 years, crediting Vevay, and was mustered the same day at Mt. Clemens, Macomb County.

He was wounded at Trevillian Station, Virginia, on June 11, 1864, again at Winchester, Virginia, on September 19, 1864, and furloughed November 27, 1864. He reported to Detroit Barracks on March 1, 1865, and was reported as promoted to Second Lieutenant of Company A in January of 1865, commissioned as of October 25, 1864, mustered on January 2, 1865, at Winchester, Virginia, replacing Lieutenant Pierson. In March and April he was reported as acting Adjutant, and was wounded in the head and arm at Appomattox courthouse on April 9, 1865, resulting in the loss of his left arm. He was admitted to the general hospital at Farmville, Virginia, on April 13.

George was promoted to First Lieutenant and Adjutant in May, commissioned as of March 7, and mustered as of May 1 at St. Louis, Missouri, replacing Lieutenant Beach. (Curiously, though, the regiment participated in the Grand Review in Washington on May 23 and didn’t move west, to Fort Leavenworth, Kansas, until June 1.)

They were living in Washington Territory in 1873 and 1879, and in fact lived for many years in Seattle, King County. By 1880 he was listed as a retired army officer and living with his wife and children in Seattle, King County, Washington Territory; also living with them were two servants. In 1866 he applied for and received a pension (no. 65392).

George was a widower when he drowned at Anacortes, Washington on December 4, 1890, and was buried in Lakeview Cemetery, Seattle.

In January of 1891 David Kellogg, then residing in Washington State applied for and received a minor child’s pension (no. 397963). 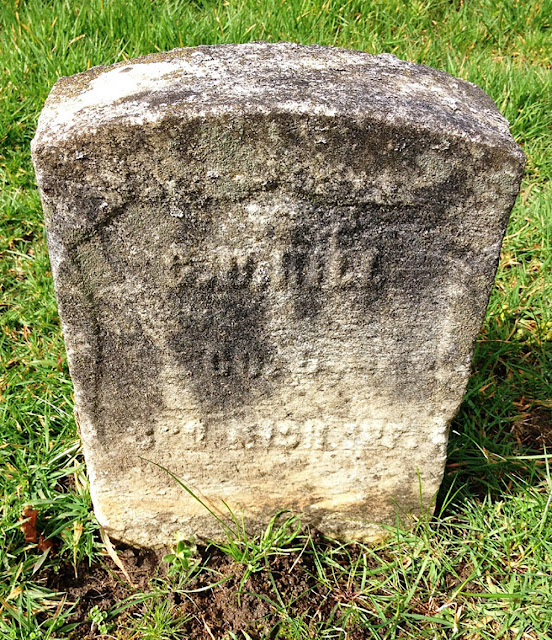