Sometime in the late 1850s, John left New York and came to western Michigan along with his two brothers, James and William.

By 1860 he was working as a painter and living with his wife in Allendale when his only child, Elizabeth Jane, was born.

John stood 5’8” with blue eyes and brown hair and was 21 years old and probably still residing in Allendale when he enlisted in Company I on May 13, 1861. He was sick in the hospital from August through October of 1862, and discharged for chronic diarrhea on October 20, 1862, at Chesapeake hospital in Fortress Monroe, Virginia.

Following his discharge he returned home to Allendale but never recovered his health, and died at home on February 6, 1863, probably from dysentery, and was buried in Allendale cemetery.

In 1863 Jane applied for and received a pension (no. 40310). She eventually remarried to Alfred See, a veteran of the 15th Illinois infantry, on January 23, 1864, and one of the witnesses at the wedding was Chauncey Taylor, also formerly of Company I, and son of James H. Taylor, the Justice of the Peace who performed the wedding.

Alfred and Jane lived in Allendale until 1865 when they moved to Lamont and eventually settled in Midland County. In 1866 Jane applied on behalf of her daughter for pensions and the request was granted (no. 66226). 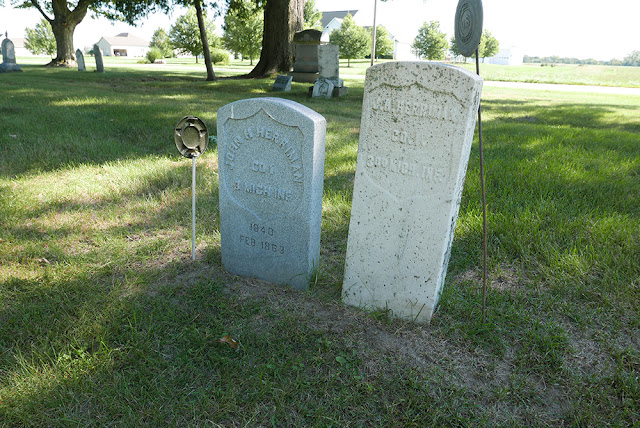