George’s parents emigrated from Scotland and arrived in America around 1833, settling eventually in New York. Around 1846 George’s family moved to Wisconsin, probably to Racine, Racine County, where his father was living in 1850; indeed, George’s parents remained in Racine for the rest of their lives.

George left Wisconsin and by 1860 had settled in western Michigan where he was working as a “log driver.” He was living in Muskegon, Muskegon County at the same boarding house with Thomas Waters, William Ryan and George Root, all three of whom would join Company H.

George stood 5’9” with blue eyes, light hair and a light complexion and was 22 years old and possibly living in Newaygo County when he enlisted in Company K on May 13, 1861. George was shot in the left hand on July 1, 1862, at Malvern Hill, Virginia, and transferred from the field to the hospital at Fortress Monroe where he arrived on July 6 aboard the steamer Knickerbocker. He was discharged for disability on October 7, 1862, at Upton’s Hill, Virginia, presumably for his wounds.

After he was discharged George eventually returned to Michigan and for some years he lived in the Muskegon area, where he engaged in farming and lumbering.

He was married twice (or perhaps three times). He married his first wife, Florence Joslin (b. 1852), on July 1, 1866, and they had at least one child, a son George (b. 1871). (Florence may have been related to George Joslin, who had also served in Company K during the war.)

It is not known whatever became of Florence. On February 13, 1883, George married Rhoda Steel. (He may also have been married to one Sophronia and/or to “M.”)

In June of 1875 George himself purchased 60 acres of land in Sherman Township in Newaygo County. He worked that land until 1882 when he sold it to Byron Waters. Beginning in about the early 1870s George was employed as foreman of several local lumbering companies: he was three years with Kell, Wood & Co., of Muskegon and five years with O. W. Squires. In the summer of 1883, George joined with Henry Orton and took over control of the Newaygo County Poor Farm, which then consisted of some 140 acres, 96 of which were under cultivation.

He was working as a farmer in Fremont, Newaygo County in 1883 when he was drawing $6.00 per month for a wounded left hand ( pension no. 100,127); that same year he was possibly working also in Hart, Oceana County.

By 1890 he was residing in Fremont and by 1894 he was probably living in Sherman, Newaygo County (or he may have been living in Elbridge, Oceana County). Sometime in the 1880s George joined the Grand Army of the Republic Henry Dobson post 182 in Fremont; and he was also a member of the I.O.O.F. Politically he was affiliated with the National Party.

George died of heart disease at his home in Fremont on April 4, 1900, and was buried in Maple Grove cemetery in Fremont: block 2-60. 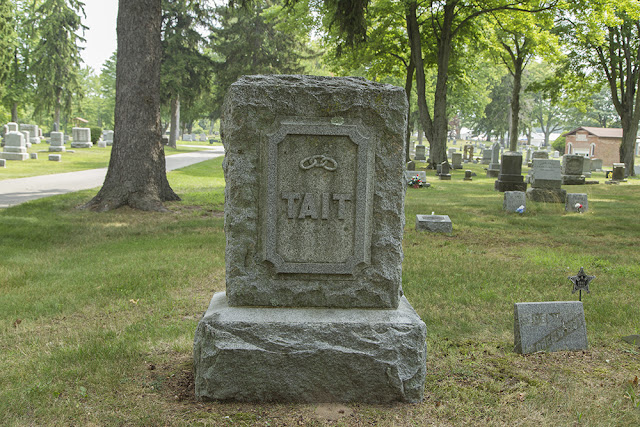