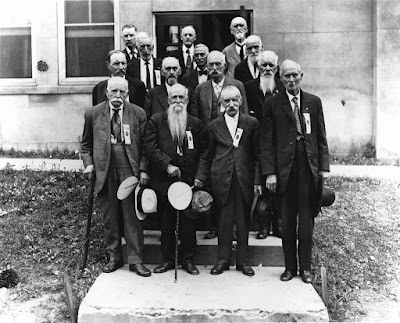 Between 1870 and 1927, 368 former members of (both 1st and 2nd organizations) of the Third Michigan Infantry, along with at least 120 family and friends (honorary members) joined together in a fraternal association.

They met annually for a reunion, which included a business meeting of association, followed by a banquet. For many years these reunions were held on the first Wednesday after the anniversary of the battle of Fredericksburg of December 13, 1862. Beginning in 1904, annual association meetings fell on or near June 13, the day the regiment left Grand Rapids in 1861.

No reunions were held in 1873, 1875 or 1880 while the 1913 reunion was held in conjunction with the 50th anniversary celebration of the Battle of Gettysburg.

The 55th and final reunion was held at the Pantlind Hotel (today the Amway Grand) in Grand Rapids, Michigan in June of 1927; six of the fourteen remaining Association members attended.