Joseph’s parents were married in New York in 1828 and eventually settled in Jerusalem, Yates County where they lived until at least 1842. About 1844 Joseph Sr.’s father Horton moved his extended family to Michigan, settling in Kent County, and after the death of Joseph Sr.’s mother in 1848 he eventually remarried.

By 1850 Joseph Jr. was living with his family in Courtland, Kent County. Next door was William H. Rounds, Joseph’s uncle, age 31, and next door to William was his grandfather Horton.

After his discharge from the army, Joseph Jr. returned to Michigan.

By 1870 Joseph Jr. was working as a farm laborer and living with his wife and children on his parents farm in Algoma, Kent County. At some point between 1870 and 1880 Joseph and Eva (or Eliza) were divorced and she remarried Samuel Botruff. Joseph Jr. was living in Grand Rapids in 1888 when he testified in the pension claim of James Austin (who had served in Company I during the war).

On October 21, 1889, Joseph married Mrs. Frances Armistead Harmon (1846-1905) in Charlotte, Eaton County and was reportedly buried in McBain, Missaukee County (this has not been confirmed).

Joseph was listed as a widower when he died of syphilis and heart disease at 517 Lansing Street in Charlotte on November 9, 1908, and was buried in Mount View cemetery, McBain, Missaukee County. There appears to be other burials nearby -- nor are there any other Rounds, Harmons, Armisteads or any other family that might provide a clue as to why Joseph Jr. is buried in McBain. 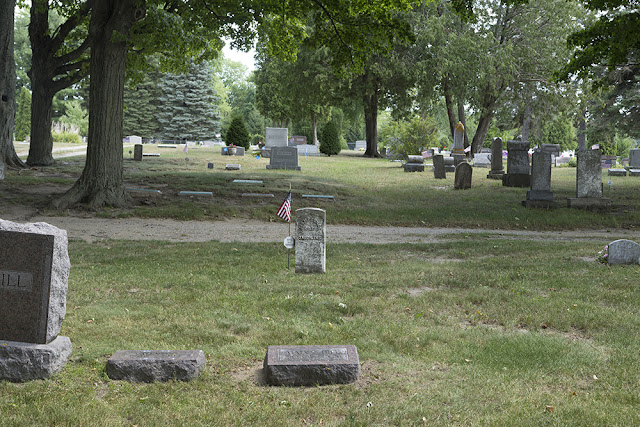 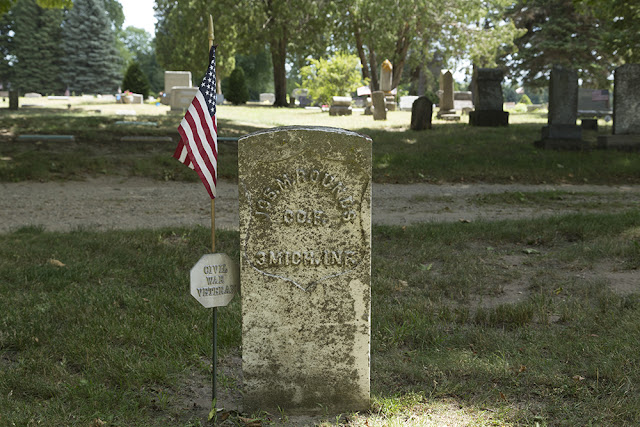