I cannot stress enough the importance of photographing, photodocumenting if you will, cemetery monuments. Nothing lasts forever, not even stone (except in Brittany where the passage graves are older than the pyramids of Egypt), as you can see from the series of photographs below.

The grave site belongs to the family of Miner Emlaw, buried in Lake Forest Cemetery, Grand Haven, Michigan. Miner served in the American Civil War as a private in the 3rd regiment of volunteers from the state of Michigan and his marker is a simple government stone.

The first two photographs I shot nearly 25 years ago; the second pair in 2016.

As you can see, while the other markers (his two wives one on either side of his stone) and later family members are still in fine shape. Miner's stone, however, has simply sunk to the point where it's nearly illegible. 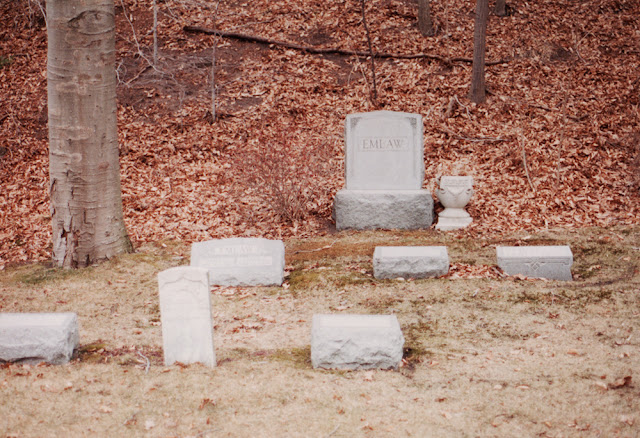 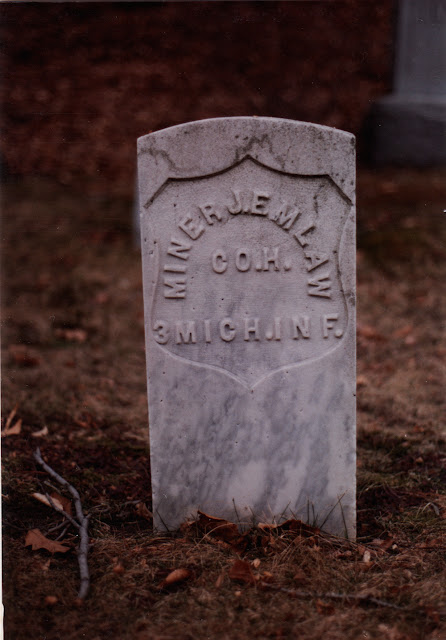 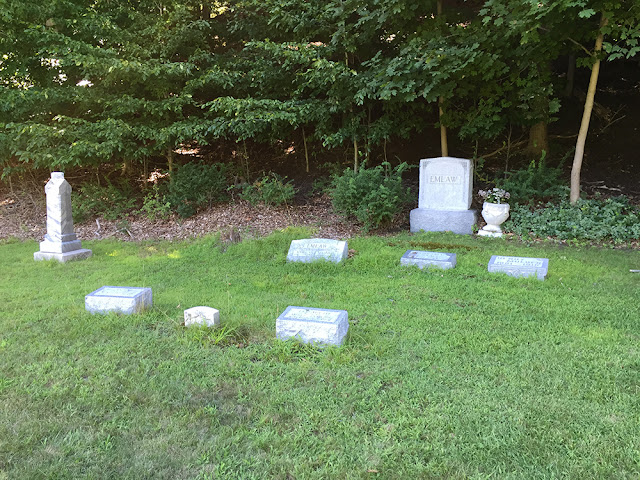 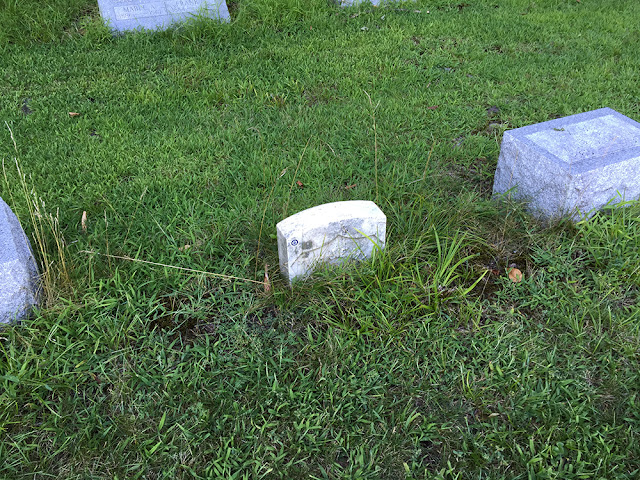